Under its ambitious India 2.0 project, Skoda India is all set to make a dent in the Indian market. Before this year, the carmaker had an entirely different line-up with a place in almost all of the major segments in the market. However, with the arrival of the stringent BS-VI emission standards, the carmaker has decided to entirely skip on the diesel engines and, hence, to manufacture only petrol-powered ones.

So, as soon as the BS-VI emission norms kicked in the market, Skoda had to discontinue its diesel-powered cars. Later on, the manufacturer introduced the Rapid, Karoq, and Superb with BS-VI approved engines, all with the maker’s coveted TSI technology.

While the latter two remained to be slow-selling models in the country, the Rapid – especially in the Rider trim – proved to be Skoda’s bread and butter model. It is, after all, priced very well, undercutting most of the smaller sub-4m sedans, and it’s not even a bare-bones model. Plus, it also comes powered by a 1.0-litre TSI engine, which makes it one of the most affordable turbo petrol cars in the market.

Later on, the maker introduced a newer Rider Plus variant to cope up with the sales of the car. But, what can we expect from Skoda cars in the future? Here are a few models that are in the pipeline.

The Skoda Octavia has been spied recently while testing, this means that the model is soon coming to the Indian market. The older one, on the other hand, was discontinued as soon as the BS-VI emission norms kicked in earlier this year. Skoda had also introduced a sprightlier vRS version of the Octavia, which sold out as quickly as it went on sale this year. The new version, then, would be an all-new model, marking a generation upgrade for the executive sedan. Moreover, as far as its design is concerned, it would be less radical in comparison to the older model with a much more elegant design. Therefore, the split headlamp design from the older model, too, will be axed out for a more conventional layout. Expect it to be powered by the same 1.5-litre TSI engine as the Karoq when it arrives in the Indian market sometime around early next year.

The Skoda Kodiaq, too, was discontinued from the Indian automotive market alongside the Octavia. However, unlike the case with the Octavia, the full-size SUV from Skoda is expected to make its return in the same guise as its predecessor. So, expect the same exterior design, same interior layout, along with the same equipment list with the BS-VI approved Kodiaq. However, this time around, the Kodiaq will make its shift from diesel to petrol power. We expect Skoda to use the same engine as in the Volkswagen Tiguan Allspace, which is a 2.0-litre TSI unit, capable of churning out 188bhp and 320Nm of torque. As with its sibling, the Kodiaq, too, would be solely available with a 7-speed DSG transmission.

The Kamiq is going to be the most important model from Skoda in the Indian market, for when it officially arrives. This is because the Kamiq is a mid-size SUV, which will rival the likes of the Hyundai Creta, Kia Seltos, MG Hector, and so on. Therefore, it would be sitting in a pretty fierce space. Besides that, the Kamiq would be positioned lower than the Karoq and higher than the Rapid in the maker’s line-up. It was officially unveiled for the first time at the 2019 Geneva Motor Show. The crossover is, moreover, the third SUV from the company for the European market after the Kodiaq and the Karoq. Expect it to arrive by the middle of next year.

While the 2020 Rapid has been selling in good numbers, it’s no secret that the model has now aged quite a lot, especially when you look at its cabin. Therefore, to keep things fresh, Skoda is gearing up to introduce an all-new generation of the Rapid, which was showcased in Russia earlier this year. It is expected to be powered by the same 1.0-litre TSI engine. We expect the new Rapid to debut in the Indian market by mid-2021. Also, grab the latest info on the upcoming cars, only at autoX.

In recent years, small businesses across various industries have suffered cyberattacks, including phishing and malware attacks. While some of these incidents were petty, others have dented business brand values forever. Small businesses are more likely to get attacked by hackers for two years –

Sometimes, it is important to follow the basic rules to keep security concerns at bay. In this post, we are sharing more on best cybersecurity steps for new startups.

Take help from the security community

Sometimes, it is hard to be critical of your own cybersecurity measures. The best idea is to get your IT environments and networks tested. For instance, you could run a bug bounty program, where an ethical hacker or a team will get paid as per the program rules, if they can hack your company’s recorder. Some of the biggest companies have bounty programs, and these don’t have to be expensive. In fact, there are professional services that can manage such programs for you.

You would want to opt for network scanning in a planned and scheduled manner, so as to be assured that there are no unusual activities. Penetration testing and taking regular backups always come in handy to tackle security flaws and vulnerabilities. For instance, if there is a ransomware attack and some of your business files are locked, you already have ready backup to get your system up and running. All the three steps – testing, taking backups, and network scanning- are critical for all businesses.

There are varied ways in which you can take cybersecurity to the next level. –

Businesses are operating in a hybrid IT environment, and it is absolutely impossible to manage cybersecurity concerns without being proactive at all levels.

Come lower windy dirt tracks and secluded beaches round the Jeep Safari. The safari leaves in glasgow- Cala en Porter that is appropriate for anyone older than six. The jeep darts through dense forest and sheltered woodland, before a slower pace through traditional attractive villages and country lanes. This trip is wonderful for children, and nature enthusiasts will love the possibility for more information regarding the island’s wildlife population. The safari creates the right trip although within your Menorca holiday and if you have been stops en-route for swimming or exploration. 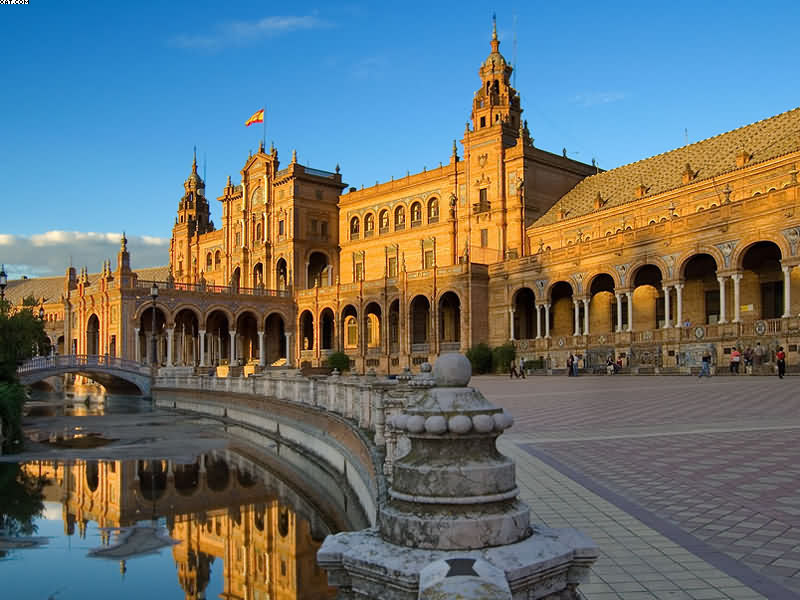 The island’s spectacular scenery ensures that mountain-biking can be a well-loved selection of trip although around the journey in Menorca. There are numerous cycle friendly routes provided by companies and a range of half-day or full-day excursions. A lot of companies gives you the bikes, with an assistance vehicle that trails behind together with your rucksacks. If you’re a biking aficionado you will subsequently be happy to hear additionally, there are firms that offer five day excursions staring at the entire island.

There are numerous caves and ravines for more information on although within your Menorca holiday and trekking getting useful information discussion the location like the rear of his hands is the easiest method to see what may otherwise remain a concealed side within the island. Possibly the most amazing treks offered in Menorca borders the Balearic coast from Alocs al Cake en Montana Mala. It is going while using ancient capital of scotland- Ferreries along with the historic ruins within the Colina de Santa Águeda fortress. 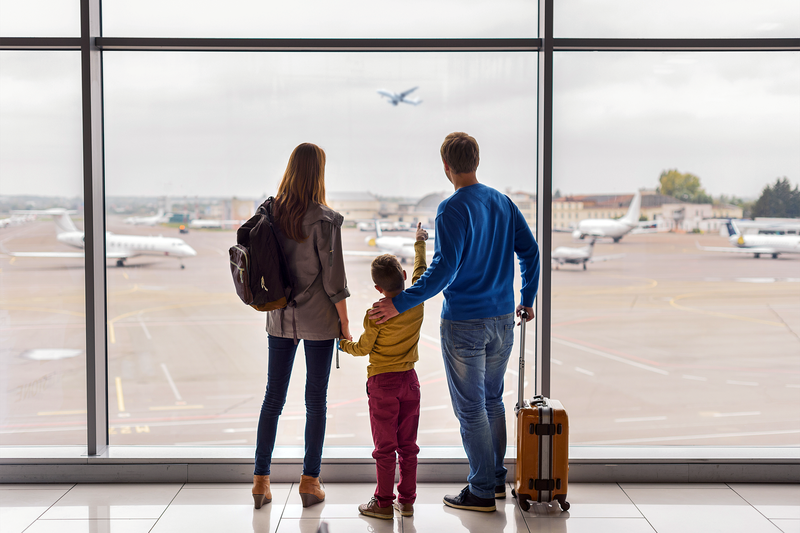 Kayaking is a great way to investigate the many ocean-filled caves and apparent water inlets of Menorca, and excursions occur each day at 10am from Fornell’s Bay.

The most used coves trail consumes the hidden British and Orguel’s Coves, before stopping for supper on S’Arenalet, an attractive sandy beach calculating purely available by kayak or boat. Furthermore there’s an array of going for a ocean kayak route within your Menorca holiday, which consumes windswept lighthouses, rugged coves and wild beaches. The Exodus from Dagger kayaks are utilized which are five metres extended, stable and very fast.

If you’re round the Menorca apartment holiday with several buddies this trip gives you the very best connecting experience to meet your requirements. In this particular day you’ll are employed in teams to produce your own personal wooden raft only using natural materials. Once your raft remains built you’ll race it coupled with other teams raft within the river race. The winning team may be the first ones to dismember their raft.

Horses are pretty essential in Menorca, along with the distinctive black Menorcan horse might be observed performing in local fetes and fiestas. These horses are stored in high regard and they are therefore damaged in carefully. The city of Cala en Porter could be the finest spot to visit horse-driving your Menorca holiday and Stables Farm known across the island. You will find the choice of going for a ride in a sheltered wooded area, alongside bronze-age megaliths. Another route consumes the attractive Calas Cove, but is just available with the initial couple of a few days of the year, once the wild flowers of Menorca come in blossom.